PREGNANCY BLOG INTRO…How it all started 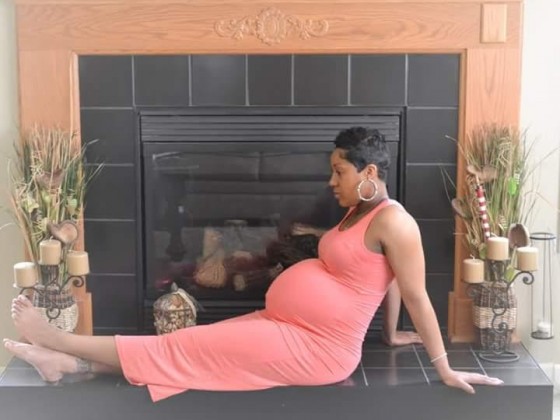 Choosing to share this part of my life has been difficult but yet the most rewarding too. I choose to share it because not only do I know someone else has been in the same shoes I have, but I know sharing will also help others too. Its a Blog/story of perseverance and faith. Yes, it may bring tears of sadness when one reads, but I promise it will bring tears of joy as well.
2013, my husband and I found out we were pregnant and of course as any first time parents would be, we were elated. Still in my first trimester, I noticed bleeding and that’s when I knew something was terribly wrong. Heartbroken to the core, my husband and I found out we had lost our child. I remember that day vividly, going back home then leaving because I just could not bare to stay and had to get away to clear my thoughts. Ironically I made my way to the gym, the only place at the time I knew would get my mind off of what had happened.
As I left the gym the sky opened up and HUGE raindrops fell, you could actually see the rain drops they were so big. The sun was shining at the same time, which made the raindrops glisten. The one thing I remember most as I made my way to my car as I looked up at the sky was a double rainbow. The rainbow as I was growing up and learned in church signified God’s promise. When I saw that I lost it and broke down in the rain. I don’t remember crying that hard in a while.
Fast-forward to November 2013, we found out we were pregnant again! The feeling of knowing that lifted my heart up tremendously but once again we were tested. In December, right before heading on vacation, blood tests revealed that my progesterone levels were very low and could cause another loss, so that meant I had to take medicine to increase my levels just to keep on with my pregnancy. All went well and I made it through my first trimester. Just when I thought all was good, VALENTINES DAY I started bleeding again. As we drove to the emergency room, we prayed and I felt a sense of calmness and reassurance that everything would be ok. When we got to the hospital I had to go through a few tests that were very uncomfortable just to get an ultrasound. Once it was time to get the ultrasound, it took the nurse about 10 minutes to do what they had to before telling us the news. They turned the screen around and asked us if we wanted to hear our baby’s heartbeat. Hearing and seeing our baby ALIVE and well was the BEST news I had ever received. I later found out that my placenta had torn causing the bleed. I was put on bed rest for a few days and given strict orders of no exercise until the hematoma that had formed on my placenta got smaller. Once I was cleared to exercise, my exercise was strictly pool or walking. That’s exactly what I did for the last 4-5 months of my pregnancy. The blogs after this are my journey photos of during and after pregnancy.
I must say, after all I went through, knowing my background of athleticism, a trainer/group instructor and being looked upon as a health and fitness motivator, I knew my body was about to make some major changes, but that was the LEAST thing I was concerned about. All I wanted was to have a healthy baby. So in these next blogs you will see me EMBRACING my pregnancy, having fun and smiling.

I knew, when the time was right and I could get back to my normal workout routines and journey to my make it right, get back tight plan, it would happen. Until then, keeping myself and our baby healthy & safe was priority.

Welcome to my journey of faith, patience, perseverance through pregnancy into becoming a mother.