For those of you with children you know there is always phases with your children, and with those phases comes PATIENCE. Having the most patience with your kids, when you really can get frustrated, is key. FOOD is one major phase a child goes through as they continue to develop taste, texture, and what they like and don’t like.

Reygan is 3 years old and Brendan is 1 year old. So a major time when both my husband and I try and figure out what the kids like. A lot of trial and error. Sometimes its an epic win, but most times it can be an epic fail. When you know you want to do the best for your child(ren) and give them the best, that still wont matter if they don’t like it. Lol

We’ve learned, we just have to keep trying, offering and showing good habits. When the kids are together, there is more success.

Reygan is definitely at the point where she has opened up to trying a few more things, and knowing a variety of foods she likes. I found out within the last year that she really likes seafood (crab legs,  and shrimp)

Brendan on the other hand is VERY selective. He is willing to try something if its on his plate, but will spit it out in a heartbeat if its not what he thought it would be. I think its more of the texture than the taste.

This is an example of a dinner i made for the both of them. The red plate is Reygan’s, the yellow is Brendan’s. They love turkey sausage, but I KNEW for sure Reygan liked salad and carrots, so I added that to her plate. Brendan on the other hand is still expanding his horizons. He loves bananas, but opening him up to other fruits and veggies is the trial and error stage.

He gobbled up the sausage, grabbed for both the strawberries and carrots and tried both, but wasn’t having it. Placed them right back on his plate. Lol

Now, If he doesn’t eat those, the plan b is giving him his fruit/veg pouches, to make sure he is getting those in his system. We did the same with Rey when she was his age. It all takes time. We meet them where they are and go from there. No pressure or force. One thing I caught on to was if I offered the strawberries and carrots to Brendan and he didn’t like it, yet was willing to have a fruit pouch that contained one of the two or both, that it could be more of the texture he was getting use to rather than the taste. Again, trial and error.

As parents you pray you are going the right direction and providing the best to your own. 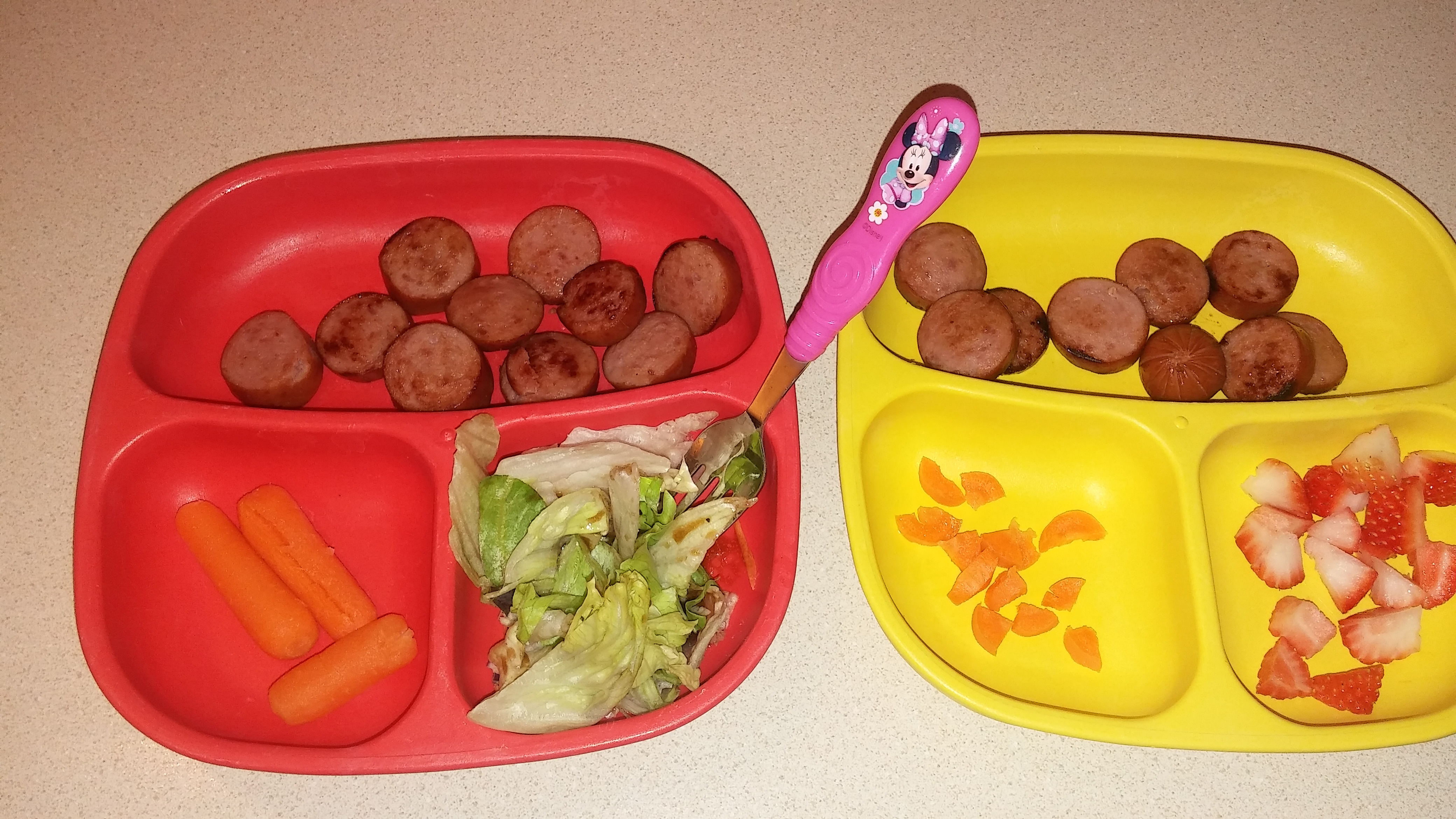